Nakanotake Shrine, which I visited when I went to see the cherry blossoms on Mt. Myogi, has a history since the Heian period.
I asked the ghost Setsu-chan what he thought when he saw Daikoku-sama and the shrine after climbing the long stairs.

■What was your impression of the shrine when you went to see the cherry blossoms?


8:03「It was a place where everything was shining!」

せっちゃん
8:20「The big stones and trees were shining」

せっちゃん
8:26「There were white animals, and the spirit of a man with a long stick saw everyone.」

せっちゃん
8:42「A person who protects from bad people」

せっちゃん
9:20「When I went there, I was scared of the stairs, so Tsu-chan was always piggybacked by Mr. Miyamoto! Uhufu」

せっちゃん
9:53「Can you hear Tsu-chan’s voice if you go over there again?」

https://www.visit-gunma.jp/en/spots/nakanotake-jinja-shrine/
Nakanotake-jinja Shrine, located at the foot of Mt. Myogi, is known for its 20-meter tall statue of Daikoku, a deity of wealth and luck. The 8.5-ton figure, which clutches a sword, is considered a rare depiction of the deity, who typically holds a mallet.
People come to the temple to pray to ward off disease, misfortune, and evil spirits while welcoming in good fortune.

http://kanko.shimonita.jp/sightseeing/en/592
During the Yamato period, the Myogata clan built the Shrine during the reign of the 29th Emperor Kinmei (reigned 539-571), and in the late Heian period, Sir Fujiwara, the 82nd Emperor Go-Toba, in March of Juye II (1183), obtained a master blacksmith and dedicated the sacred sword. 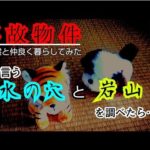 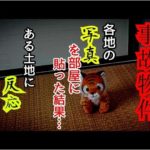 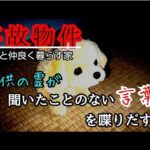 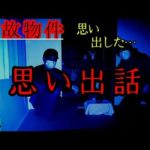